In the last year, Google Maps began a wide roll-out of visible speed limits during navigation in dozens of countries. Since its release, there’s been a wide range of upgrades, downgrades, and, in some cases, the feature disappearing altogether. Following an earlier disappearance, it seems users in the UK may finally have their speed limits back.

After the May 2019 roll-out of the feature, users began to report losing speed limit visibility sometime in June. While there was no official word, Twitter was awash with complaints from unhappy navigators. But, according to some tipsters, the feature finally reappeared this week. The speed limits were also visible on Android Auto units, so it seems like whatever kink they needed to work out is finally through the pipes. 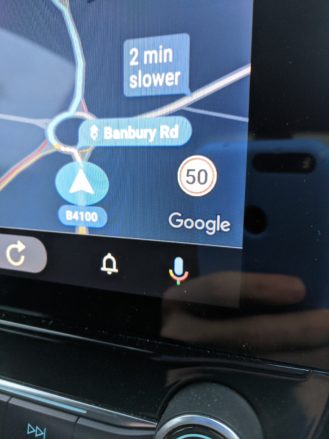 While the feature seems to have reappeared, based on the history, don’t be surprised if it’s not permanent, wholly accurate, or downgraded in the near future. Google needs to constantly work with local governments to assure accuracy, and speed limits can be altered depending on the area involving heavy traffic, frequent road work, and driver behavior.

A Course on Editing in Lightroom for Beginners